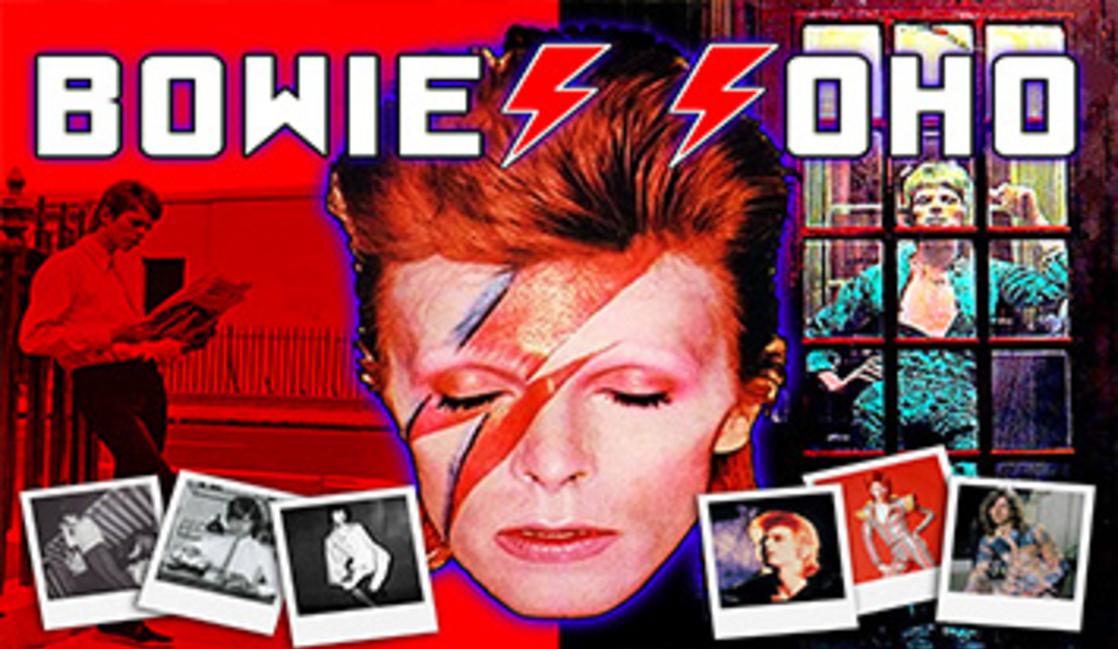 From late 1950's visits with his older brother until he moved to New York in 1974 David Bowie was a face on the make in Soho's music scene and the roots of everything he became can be traced back to his time here. He was in R&B bands like The King Bees, The Manish Boys, Davy Jones and The Lower Third, The Buzz, The Riot Squad. He went solo and recorded an Anthony Newleyesque album in 1967 then met Lindsay Kemp in Soho and entered his mime Phase and formed a folk trio, Feathers. His next band, Hype, included Tony Visconti and Mick Ronson. He had his first hit with "Space Oddity" and then formed The Spiders From Mars. All his classic early 70s stuff was recorded in Trident Studios in Soho and without a decade of gestation/failue in the area would he have been the same artist?
This tour visits the sites that shaped and formed Bowie in the 1960s/70s and enabled him to become the superstar he was, the location of Album covers and recording studios.
Meet at Tottenham Court Road station, Exit 1, opposite The Flying Horse pub.

BOOK ONLINE OR JUST TURN UP AND PAY ON THE DAY